Posted 07-14-2014 at 11:52 PM by silverlabs
Tags on the road
Day 2 started bright and early with a trip into Denver to watch the son of a friend play in a lacrosse tournament. His game was scheduled to start at 9 so we grabbed a quick breakfast, walked the dogs, and left the rv park before many campers had begun to stir.

Just as we got very close to the field we discovered that the game had been delayed due to the storms the night before. So we thought, now what do we do? The trusty nav system indicated some green space with a lake nearby so we decided to run the dogs.

Once we got there the greenspace turned out to be a really nice Colorado state park. It was Barr Lake State Park. We drove around a bit and found a nice open and somewhat secluded area that would allow us to let the dogs off leash and run. They were like kids in a candy store and ran around like puppies but I had to wonder if they were so ecstatic because something finally seemed like home.

We walked down to an archery range. It was really cool because it was set up with distances marked to each target. It reminded me of my girls' Indian Princess days when they would return from campouts with dad and talk all about have shot bows and arrows. We studied it and took detailed pics so we can replicate it in our back yard when we get home. These targets were anchored permanently which would remedy the problem we currently have of the target falling over before you are able to aim and shoot, thanks to the wind that always blows in our neck of the woods.

We then leashed the dogs back up and walked around the lake a bit. Kona kept trying to go retrieve these large white birds that were probably egrets (but they looked just like storks). She was not happy when we kept pulling her attention away from them. Did I mentioned these dogs are trained hunting dogs? Oh, and we took them to a lake and didn't let them swim. I'm sure at this point they were wondering where the fun was in this trip.

The lacrosse game was fun to watch. The Texas boys didn't fare too well in the game and I'm sure they would have enjoyed a better outcome. The weather was pleasant and it was fun to see our friend Kirk, his son Ryan, Kirk's dad Dave, and several other of Ryan's teammates and parents.

After the game we grabbed a quick burger and made it back to the campground in time for the afternoon rainstorms. Sadly, a second person was killed by lightning in The Rocky Mountain National Forest.

We had a great dinner at Mod Market in Golden. It was our favorite type of place, farm to table, and you could taste the fresh ingredients.

All in all, I will say that Colorado does a great job with state parks, if this was any indication. It was about 10 minutes from a mall and several neighborhoods and close to DIA. You would never know it once you were inside it. It was park cleanup day and there were scout groups and other groups all over helping in various ways. They were also setting up a fair, of sorts, on conservation and ecology. I would have loved to have seen that but it was scheduled to start later in the day. Kudos to Colorado! 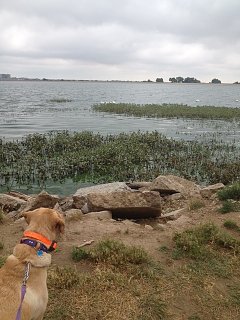