How To Wire New Stereo

Posted 04-30-2015 at 07:16 PM by Roadrunner
The restoration of the "Cable Stream" is going well and nearing completion. The "74" Tradewind came with a side credenza and car stereo. When we started work, the credenza was gone and the stereo box was laying on the floor. For some reason the PO cut holes in the interior skin next to the wiring harness. Nothing worked. The plan was to install a new stereo in the front overhead bin. 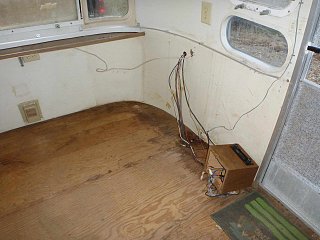 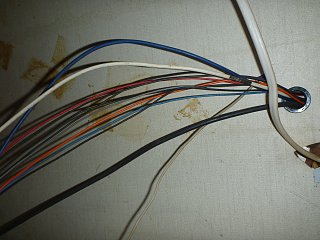 The first step was to remove the old radio. Before cutting any wires, we labeled each of the wires for future reconnection. The removal of the two interior panels was next. Remove the wing window molding, drill out rivets, and carefully remove the panels. 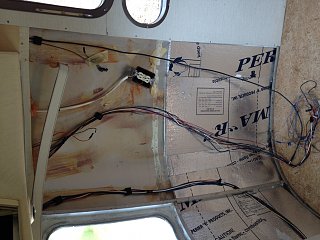 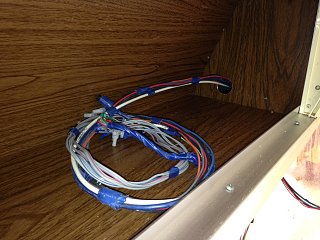 Most any newer car stereo would work great. We choose to go with a Sony BT5100 as it has bluetooth and USB options...great for song playlists on iPod, iPhone, Android, ect. A face and side were made out of beech wood to match the trailers cabinetry. Two 3-post LED rocker switches were installed to act as a cut off power switch to eliminate battery drain. The second was installed for future 12v accessories...such as LED light strip. 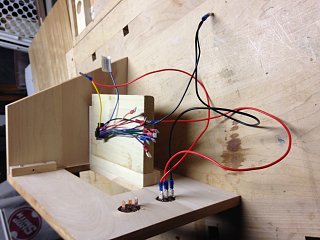 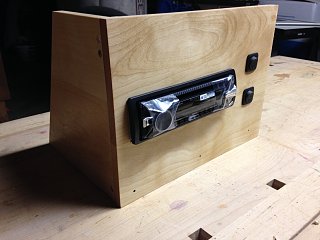 Just a few notes about wiring...in our "74" the larger blue wire in the wiring harness is the power (hot) wire, the larger white is the ground wire. The rocker switch has three poles...power, load, ground. The stereo has a plug in harness. We used quick connect spade connectors to connect wiring. 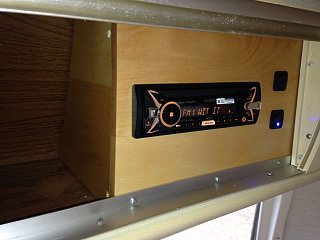 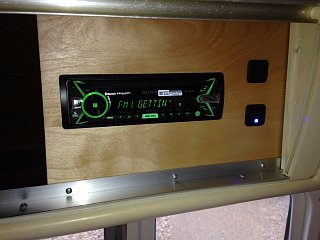 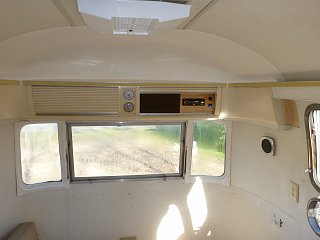 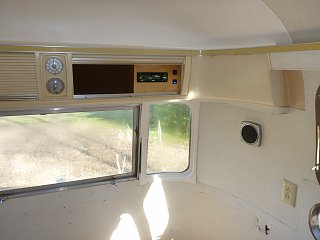