Posted 03-20-2020 at 09:43 AM by Mollysdad
I spent a long time thinking of how I'd do this, and finally made it. If it gives anyone an idea or solution I'll be pleased.
My criteria was to mount the switch outside the battery box so it didn't intrude into the battery area. I bought the best marine switch I thought was up to the job.
I wanted to be able to control the converter and inverter separately, either or both.
The switch is Blue Seas E-series. 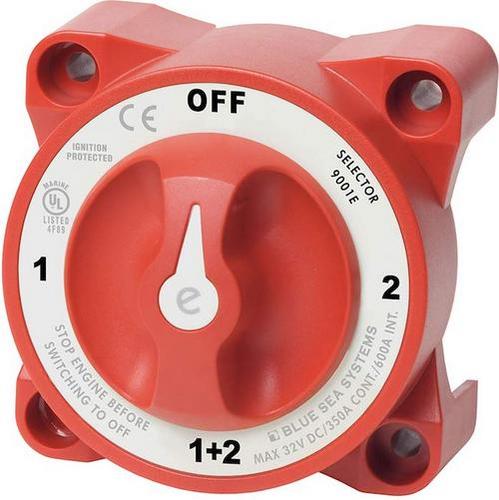 Once I had the switch, I looked for a plastic box to use. I found a generic electrical junction box at Lowe's just the right size. $7. The diameter of the round part of the switch is 3 5/8" so I used that hole saw for all the cuts. I found large rubber grommets on Amazon that were 3 1/2", and they fit perfectly. It went between the Airstream battery box and the plastic enclosure to prevent chafe. 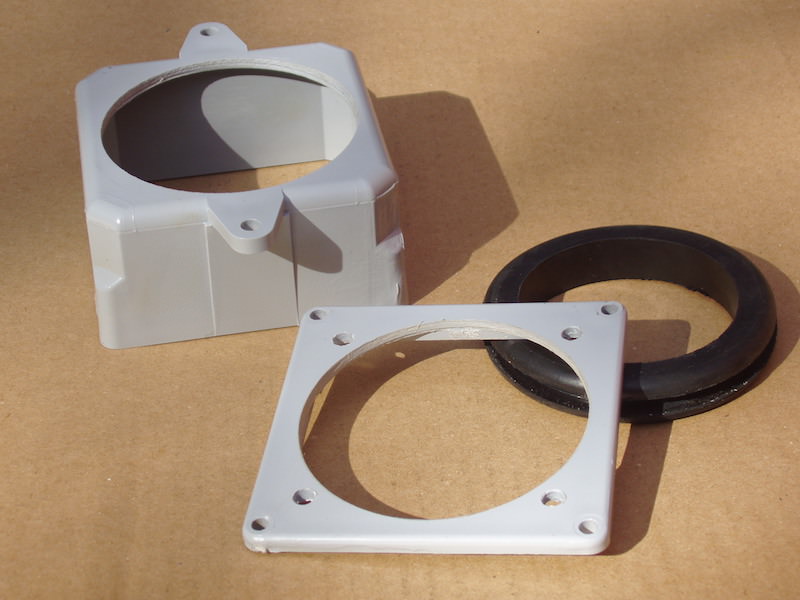 Note: Find the center of the box and drill a pilot hole but don't cut it out until you drill the matching pilot hole in the Airstream battery box. That makes it much easier to locate the box!
While the batteries were out of the box, I added a rubber mat under them to aid in drainage and give some cushion. 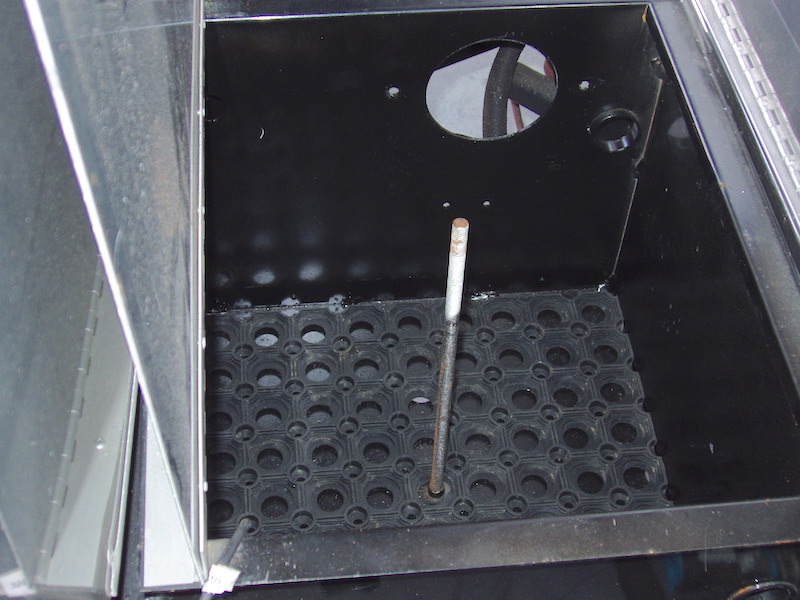 I mounted the box and switch on the curb side thinking it would have less road splash. That meant moving the Zamp connector to the street side and I used some #10 round head screws instead of the pop rivets Airstream used. All screws had the heads inside the box and nuts outside so there would't be any chance of damage to the batteries (even though there's plenty of clearance.)

Test fit in the box: 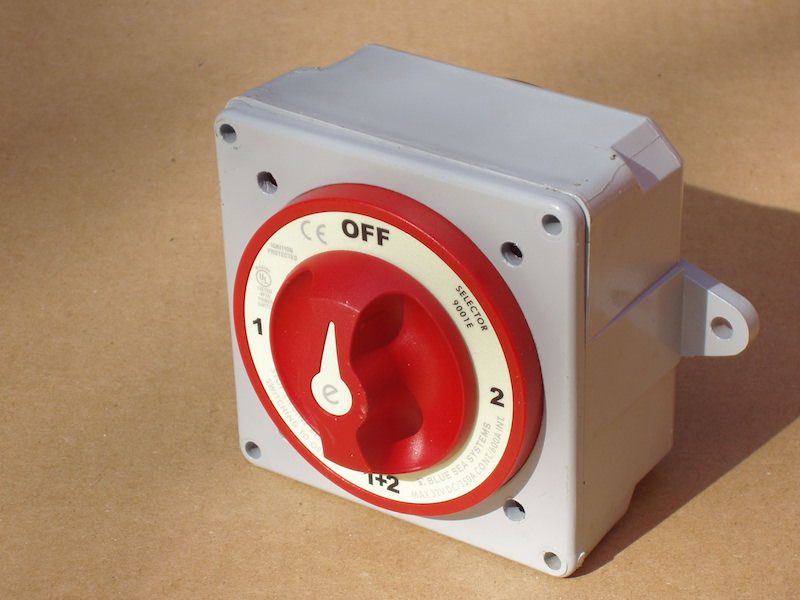 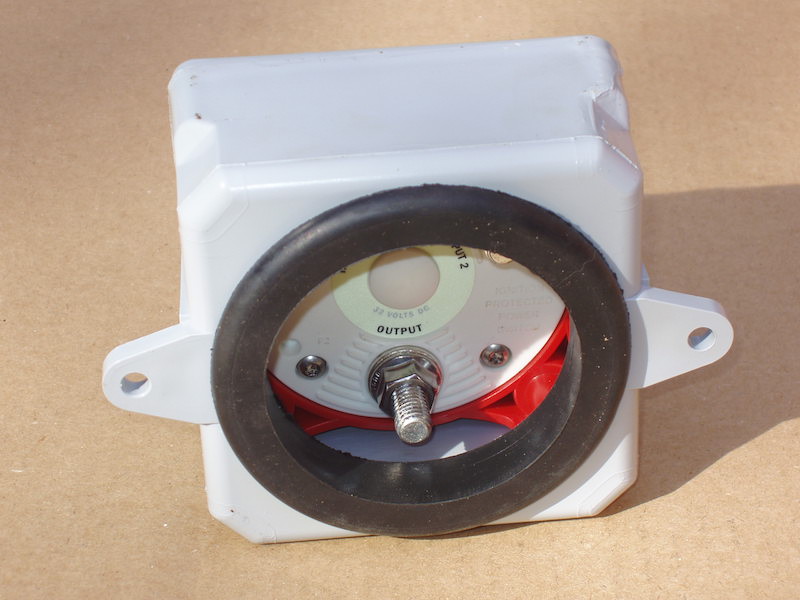 Box painted and mounted, I added a bead of black silicone around the opening, although the test fit is so tight it probably would't pass water: 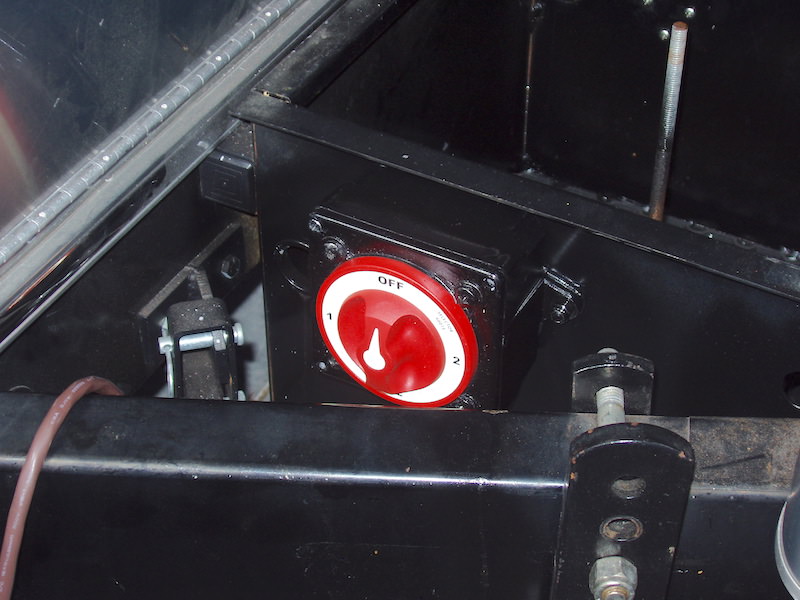 I made new jumper cables between the batteries using a 16 ton hydraulic press from Amazon. It worked flawlessly. When in doubt, use dies one size larger first to avoid the "bunny ears" on crimps.

I used 2AWG marine wire for the jumpers, and right angle crimp terminals for any cables coming or going into the box/switch. 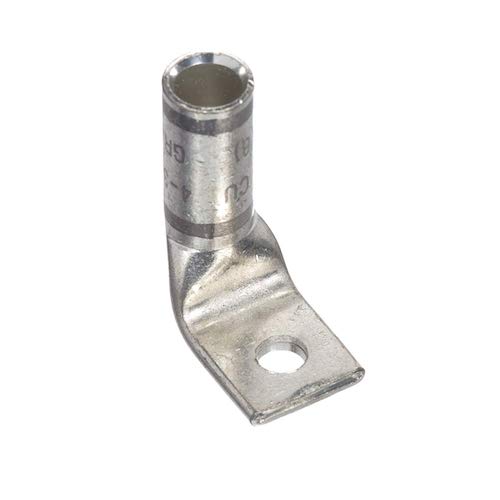 I found the negative battery cables are longer than the positive because Airstream places the batteries with the negative terminals forward. So by switching the negative I didn't need to splice any leads. 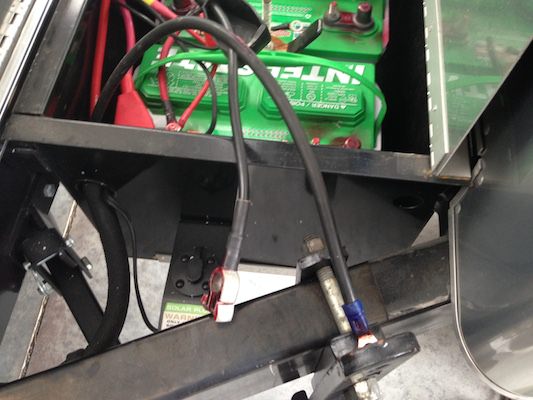 An added bonus of using the negative, is the electric jack won't work if I forget to turn on the switch.

Sourcing the terminals was the most time consuming. Not every source had all I needed, or were reasonably priced or the right size. They're sized by wire diameter and hole size. The switch uses 3/8" studs while the batteries use 5/16". Everything got two layers of adhesive heat shrink.
I made the jumpers long enough to leave room to add water to the battery caps without removing the cables. 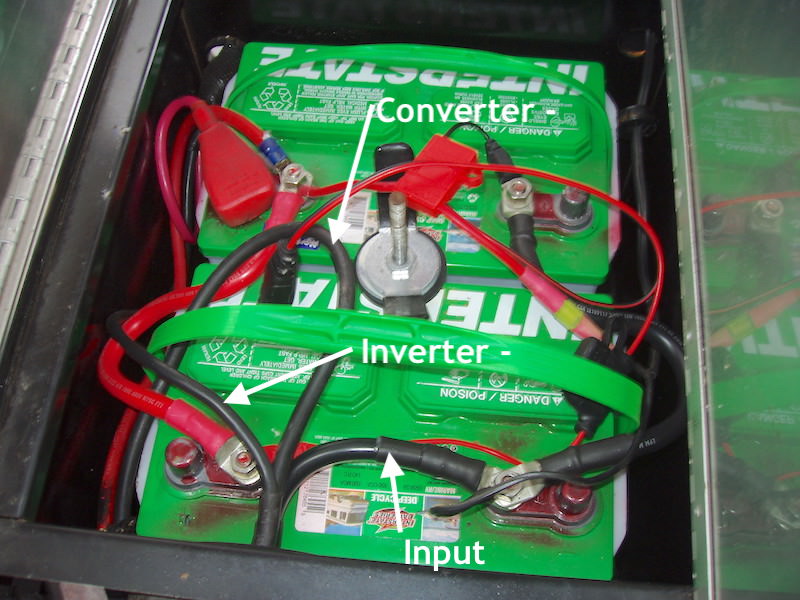