If you're a purist and you know it, look away...

Posted 02-29-2012 at 07:34 PM by aluminitus
While there has been silence for a while on this here blog, all has not been quiet at home. We are preparing to sell our house and most of our belongings in order to start our new life on the road, so all of the last minute details (like replacing door hinges, touching up ceiling paint, etc...) have been keeping us more than busy. Today was the first time in a while I have been able to put a few hours of work in at the shop. The big news is that we found a welder to do all the fixes for the chassis, pulled it over there and left it. Hooray! He is an Amish guy who gave us a really reasonable quote ($200)and could begin immediately, so hopefully it will be finished by this weekend. We will see if $200 turns into something more when we go to pick it up!

I got to try my hand at the plasma cutter, and I am hooked. It is like being able to shoot tiny volcanoes from my hands, causing rivulets of molten lava to form amid showering sparks. Be still my heart. I also did a fair amount of sand blasting, although not where you might think. Some purists may be horrified, but this is my trailer and I don't care. 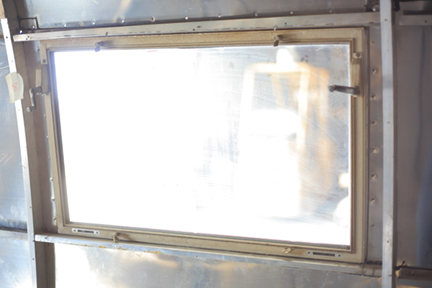 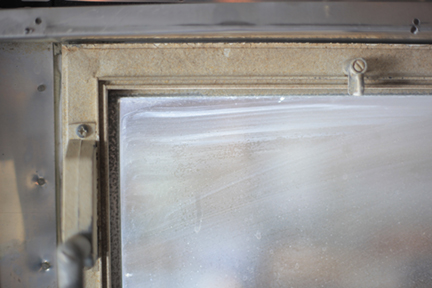 This is the old, crusty zolatone paint that I was dreading having to remove. How on earth was I going to get in all those crevices? Not to mention how was I going to find paint stripper that could take this stuff off and how much was it going to cost!
Enter the sandblaster! 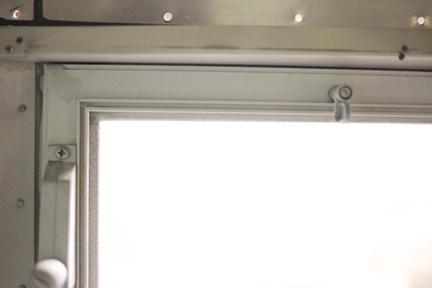 So so sooo much better! I love the way the metal sparkles with the finish the sandblaster leaves. I have already done this to all the window trim so I knew it wouldn't destroy the metal. 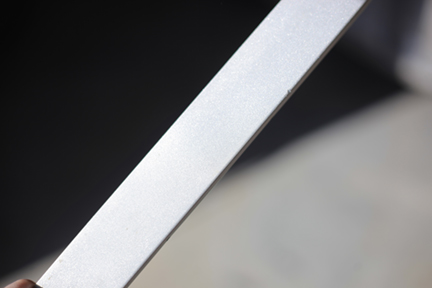 I don't know if you can see it or not, but the metal sparkles now! I also tried this technique under the drip caps where I had already spent several frustrating hours with sandpaper and a scraper. 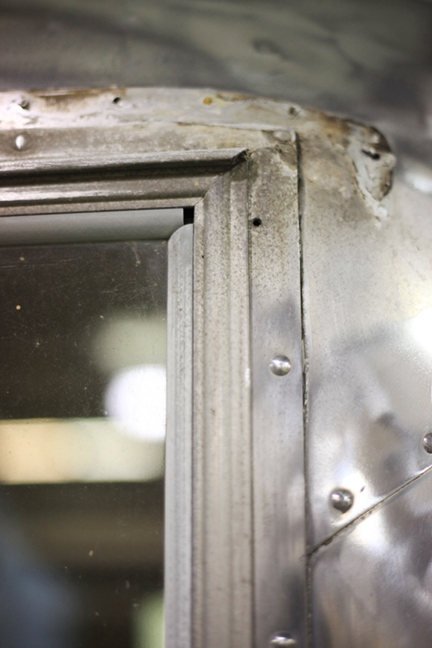 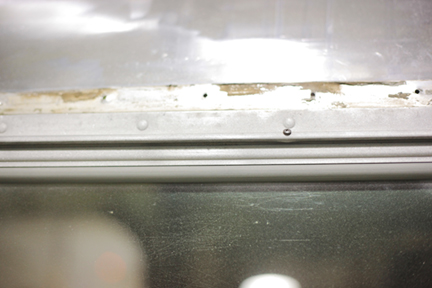 20 seconds is all it took, saving me HOURS of finger-stubbing madness with ever shrinking chunks of sandpaper. Whether or not this will polish to a mirror finish, I don't much care. At least the crud is gone. Oh! Speaking of vanishing crud... 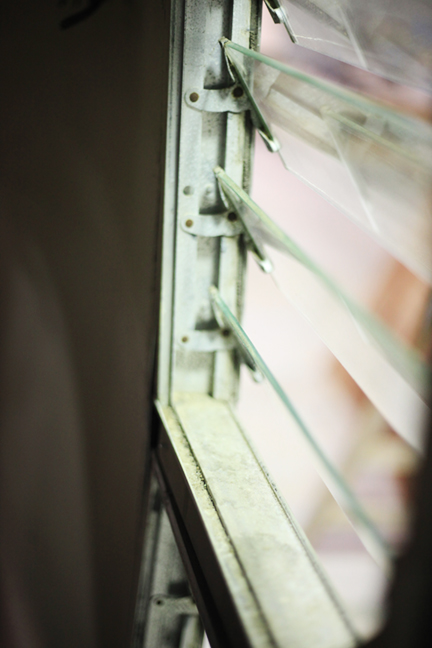 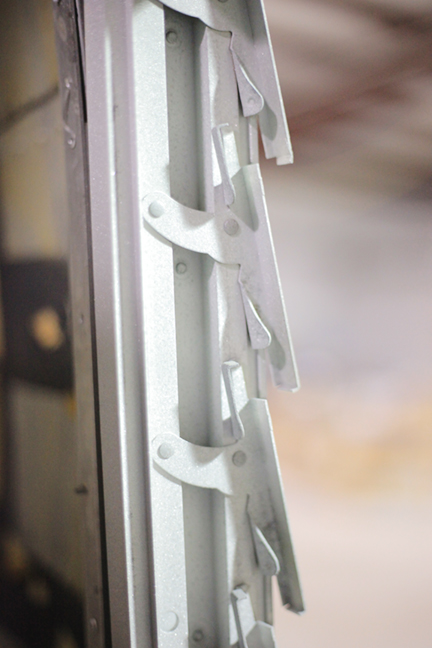 You guessed it...more sandblasting! It also takes the black adhesive off the inside of the trailer quite nicely, although I probably won't bother since it is getting covered anyway.
Posted in Uncategorized
Views 1776 Comments 3
« Prev     Main     Next »
Total Comments 3