Posted 02-01-2012 at 07:06 PM by aluminitus
Tags modern, shell off renovation
In our research about axles, we decided to skip the wheels all together and go for a newfangled Hover Airstream. 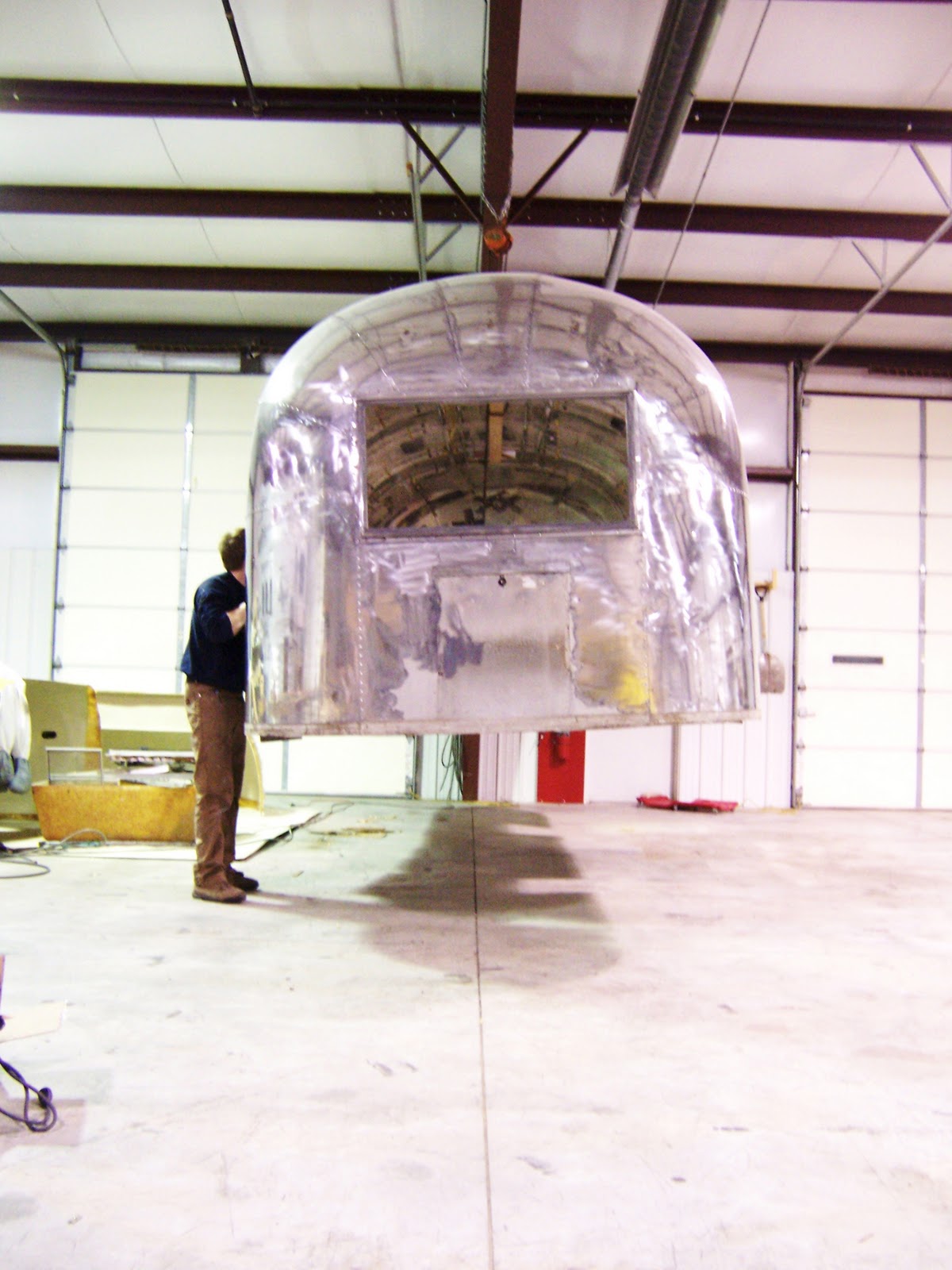 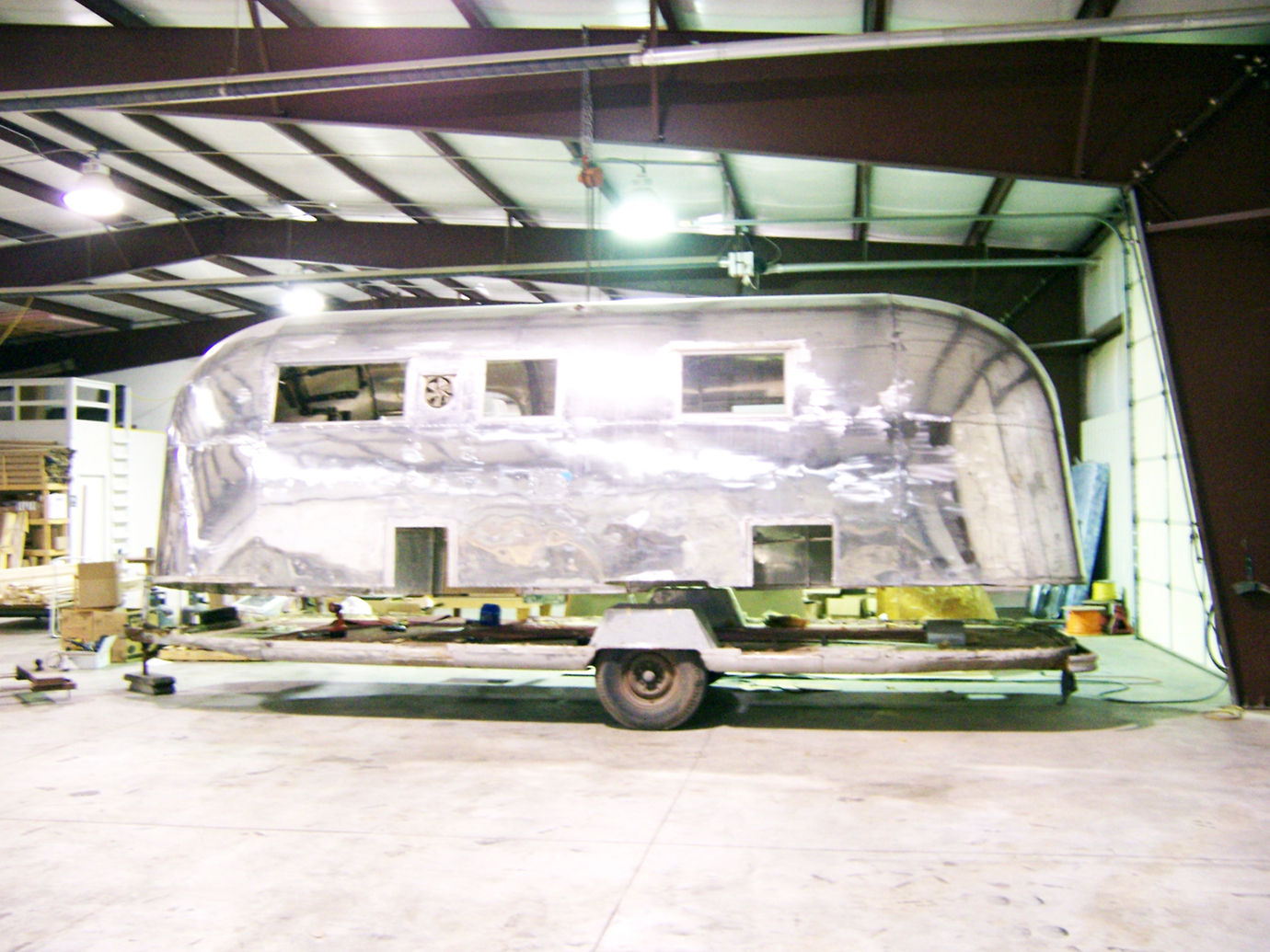 This was 3 hours into the most stressful 4 hours of my life. Or at least this week. We discovered that there is a lot of truth to the statement that there is always one more rivet. And more Butyl tape.
For the lift, we used a 1 ton chain hoist, one big beam, a piece of plywood and three 2x4's. That was all it took. 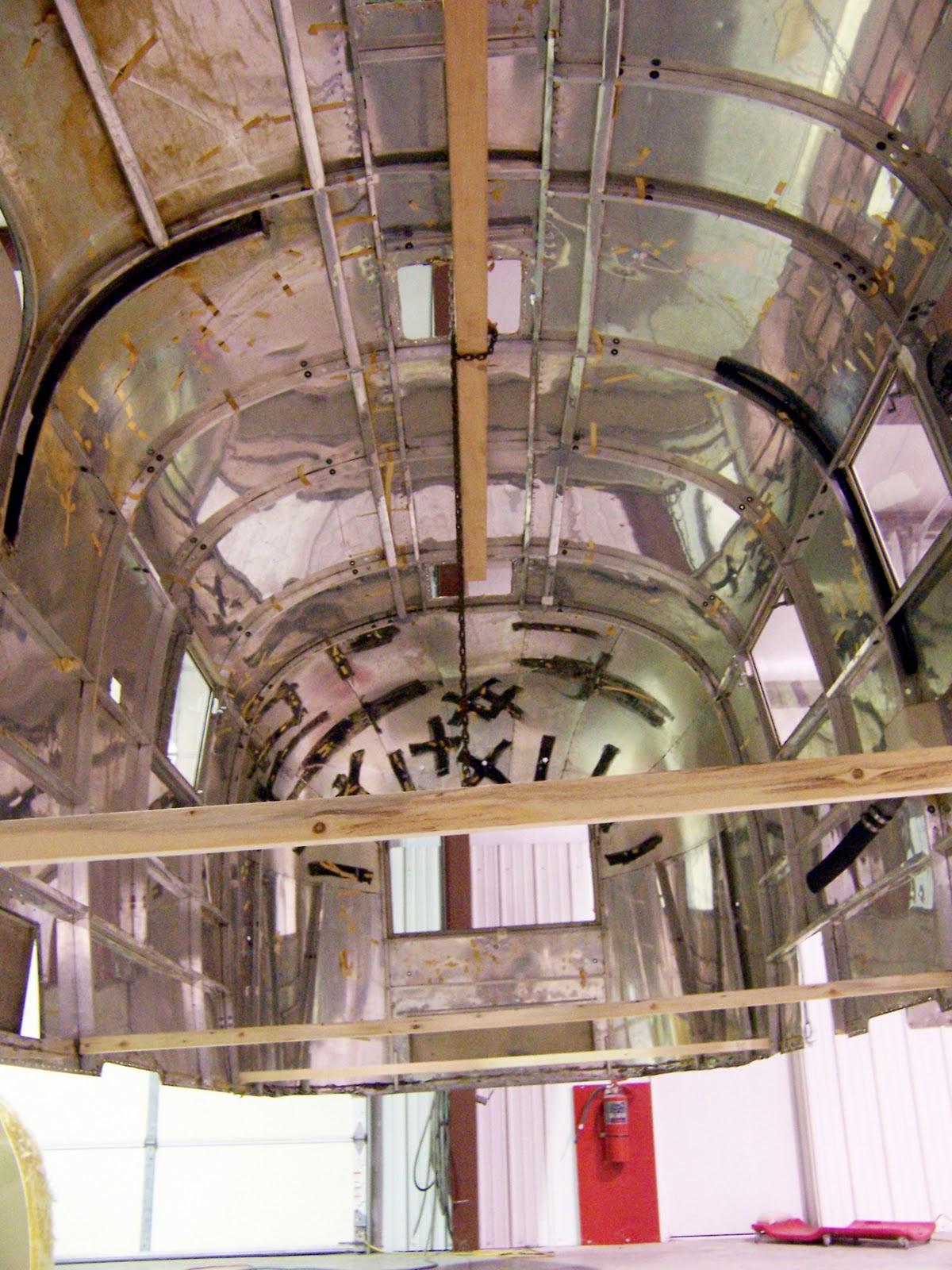 My father-in-law screwed the large beam to the end ribs with small L-brackets, then ran the chain around the center of the beam through the center roof vent. We screwed a piece of plywood into the door frame (using the pre-existing rivet holes) to keep the shape of the door. The three 2x4's were put on as an afterthought when I saw the whole thing wobbling as it dangled in the air. We slowly lowered it to the ground and set the ribs on 4x4 beams. One important thing we realized is that the door extends below the skin and ribs, so has to be set on something raised off the ground. 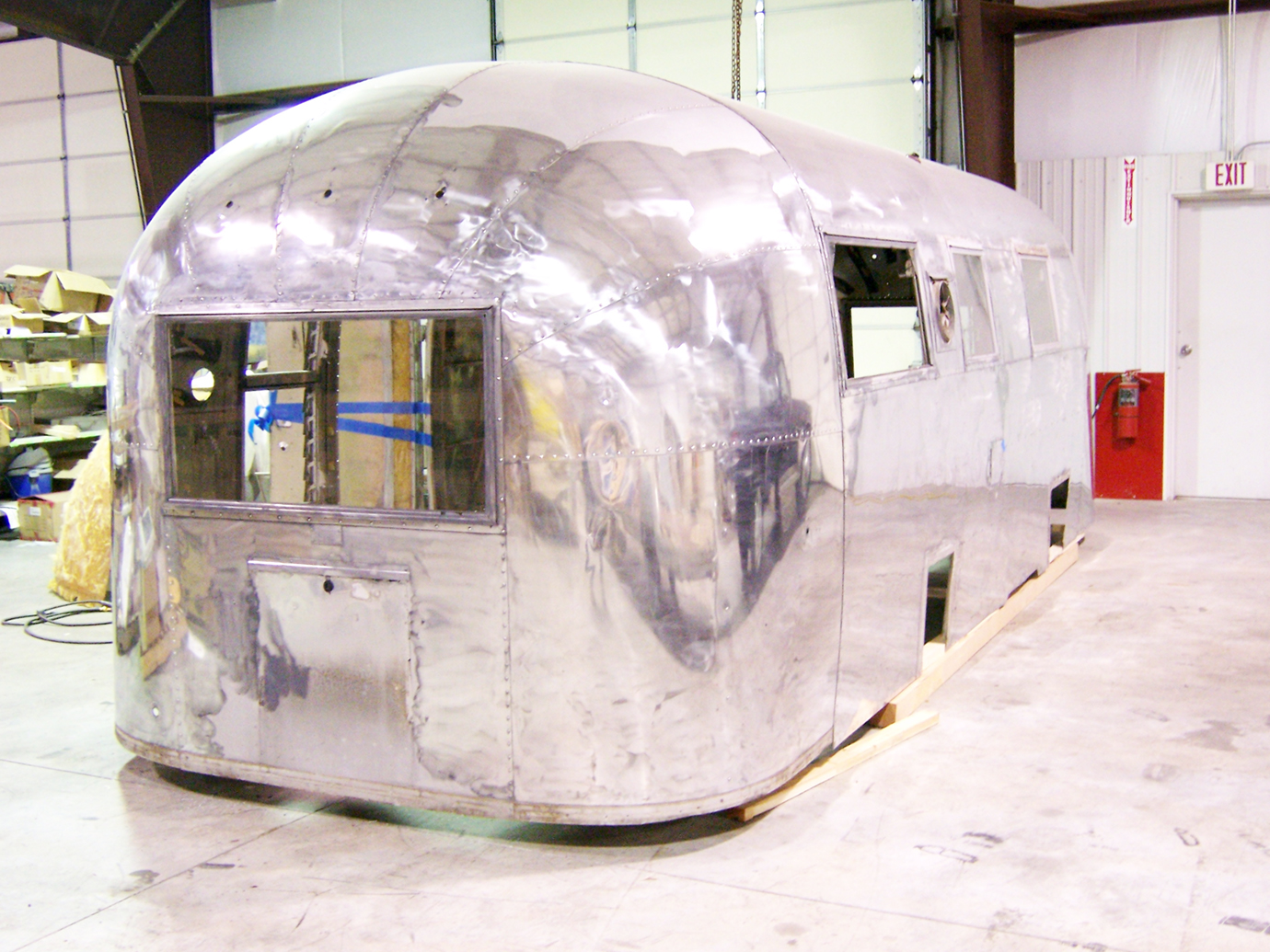 We left the chain on with some tension, but lowered it on blocks in case the chain failed.

Now what was I so stressed about? What could go wrong?
Posted in Restoration Blogs
Views 1149 Comments 0
« Prev     Main     Next »
Total Comments 0